I Hate My Husband's Chewed Gum!

I won honorable mention in a humor writing contest for my piece I HATE MY HUSBAND'S CHEWED GUM!http://humorpress.com/Results/Essays-2011_02-03/c-HonMens/Essay-2011_02-03-HonorableMentions.htm#2
Posted by Susan Antony at 7:53 PM 4 comments:

Possessed by the Daredevil

The Kid learned to ride a two-wheeler, and in the first week of practicing his new skill, he rode out in front of a car. Twice!

I need to confess something. I am not a young mom. I did the Hollywood starlet thing. I gave birth to The Kid when I was in my “new twenties.” And while the mental image that I have of myself may be new, my nerves are not. My poor old nerves are frazzled from four-plus decades of experience. And, two days ago, after The Kid's second near miss with a minivan, they reared their ugly neurons.
I ran down the street, hands in the air, screaming like a banshee while all the neighbors stood gape mouthed in their front yards. I yanked The Kid off his bike, and then dragged them both home.

My first instinct was to throw the damn bike in the trash, but I realized that would be selfishly witchy of me, so I took a different approach, a more sensible one. Bound and determined to teach The Kid the rules of the road by example, I pulled my rusty ten-speed out of the garage.

Surprisingly, The Kid listened for once, and the ride went quite well. We were on the way home, when from a peripheral glace, I spied the dirt trails near the power lines.
“Come on Kid, we’re going on four-wheeling.” I called out. 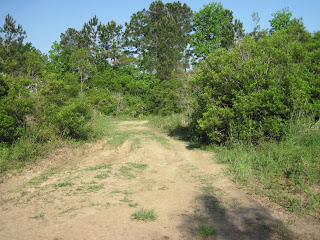 The Kid and I had a blast! In fact, The Kid had such a jolly time, the next day, he begged me to take him on another “fun” bike ride.

Recently, a dear old friend reminded me that as a child, I was the neighborhood purveyor of fun. And now--sniff--my eight-year-old kid wanted to go biking with me. The idea of being a "fun mom," a "cool mom," swam in my head, and my chest swelled with pride. I wiped a happy tear from my cheek, ran to the garage, grabbed my bike, and yelled, “Come on, Kid! Let's go!”

The two of us happily rode off toward the four-wheeler trails.

We chose the exact route as the day before, but towards the end of the trail, rather than turn right, The Kid requested to go straight. Being in an adventurous frame of mind, I agreed. But what awaited us at was more challenging than anything else we had encountered. At the end of the trail was a six-foot by six-foot ditch. It looked steep, but not impossible to navigate.  My inner-daredevil possessed me, and I said, “Kid, let’s do it.”

The Kid went first.  I plunged in after him, but something went terribly wrong. On the way up, the Kid tipped over. I hit the hand brakes, and the next thing I knew I on the ground lying on top of the handlebars, the rear wheel of my bike up in the air.

After I realized what had happened, I pushed my bike off me, and then hopped up to make sure The Kid wasn't hurt. He wasn't. In fact, he was laughing at me. Next, I looked around to make sure no one saw what happened. When you are my age and fall down, people become overly concerned, making such incidents even more embarrassing. Fortunately, this time, The Kid and I were alone. I quickly pulled The Kid’s bike from the ditch, hopped back on mine, and the two of us rode off into the sunset.

(Today, I have a slight limp, two black and blue goose eggs on my thighs, and a pedal-bruise on my shin, and thankfully, I don’t have to bend my wrist to type.)

But even if I could have a “do over” of yesterday, I wouldn’t.
My kid learned to navigate over small hills, wheel through tire tracks, and jump mud puddles. The twinkle in his eyes and ear-to-ear grin after each new accomplishment was worth a few minor injuries any day.

I also learned something about myself that I deem to be important. This old, gray nag maybe ain't what she used to be, but she still has guts. 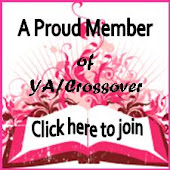